Cross Country at RGS The Grange 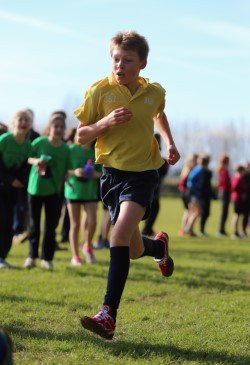 The annual RGS The Grange Cross Country was a great success with roughly 60 boys and girls running in each of the four races.

RGS The Grange in their smart new running vests kindly sponsored by Lockett and Co, looked the part and ran in a similar manner. For several runners it was their first cross country race which is always daunting but they all really did do well in this challenging event.
In the U11 Boys and U9 Girls Harvey Shaw and Tash Lindsay both managed to come first. A super effort but they were also followed in mass by each of their team members who finished up the field in each race.
As a team the U11 Boys also won their event and continue a strong tradition of running at RGS The Grange.
Well done to all children who took part and all parents who made such a great atmosphere out there.