On a customary overcast and dreary day, Year Four set off on their annual trip to Chedworth Roman Villa.

The slightly less favourable weather always serves to add a real sense of atmosphere to this historical Roman site, which is tucked away in a Cotswold hillside.
On arrival, the children exited the coach and were treated to a range of activities including a guided tour of the site, which included the amazing mosaics and private ‘bath house’ facilities, usually only afforded to the Roman public or incredibly wealthy individuals. The tour ended in a visit to the most memorable feature (for the children that is!) – the latrines! Here they learned where the phrase ‘wrong end of the stick’ comes from – do ask them to enlighten you! 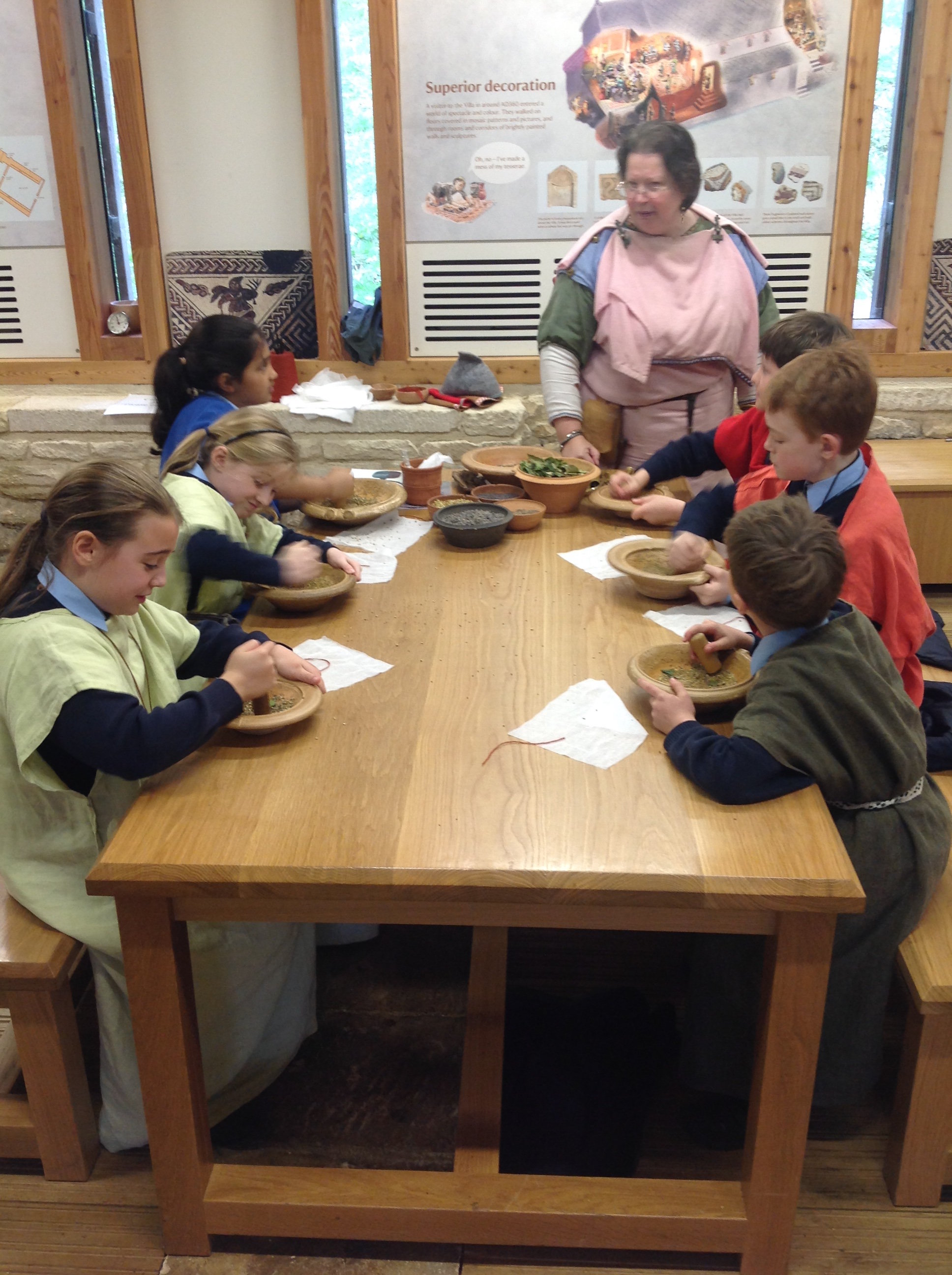 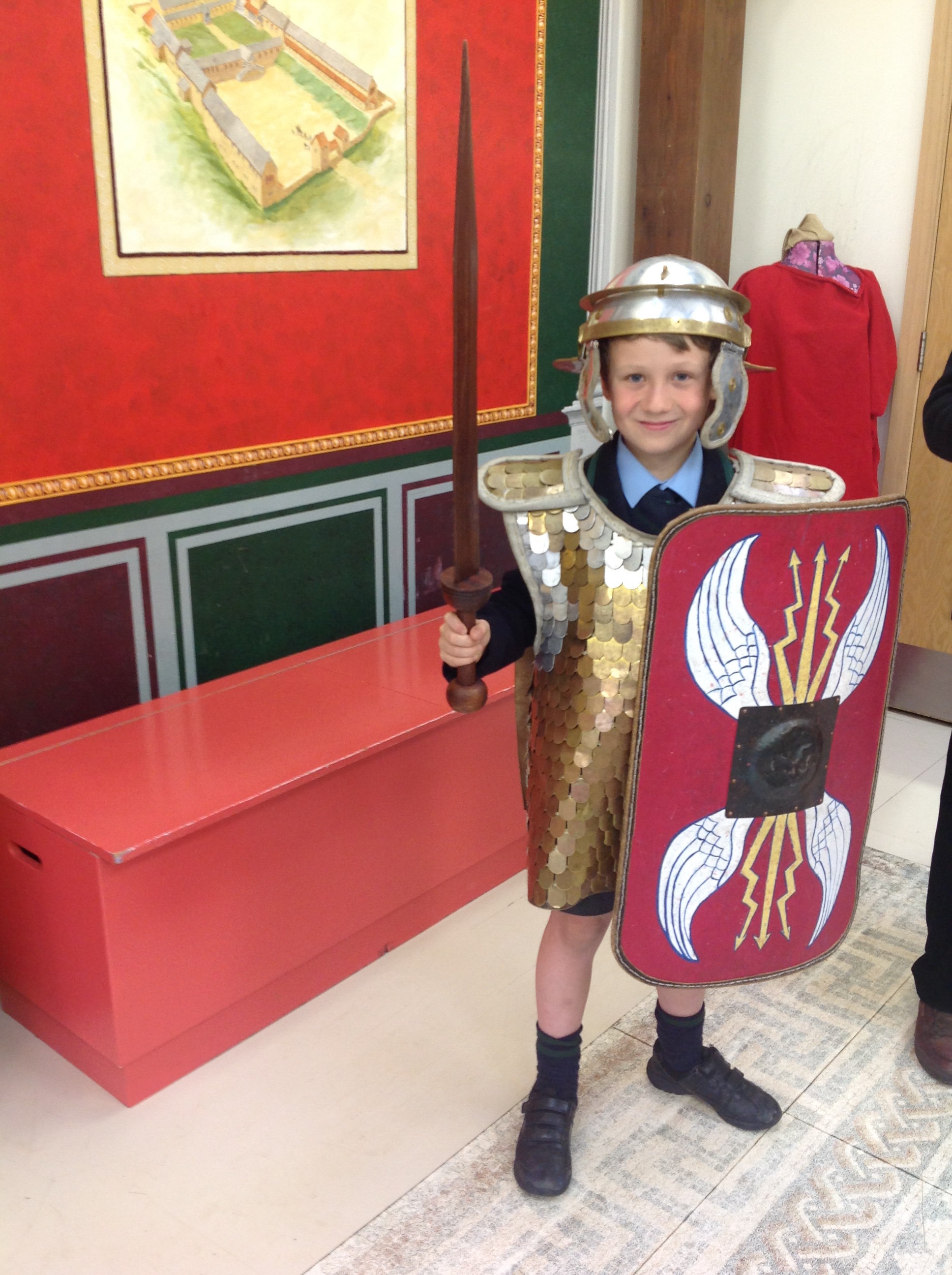 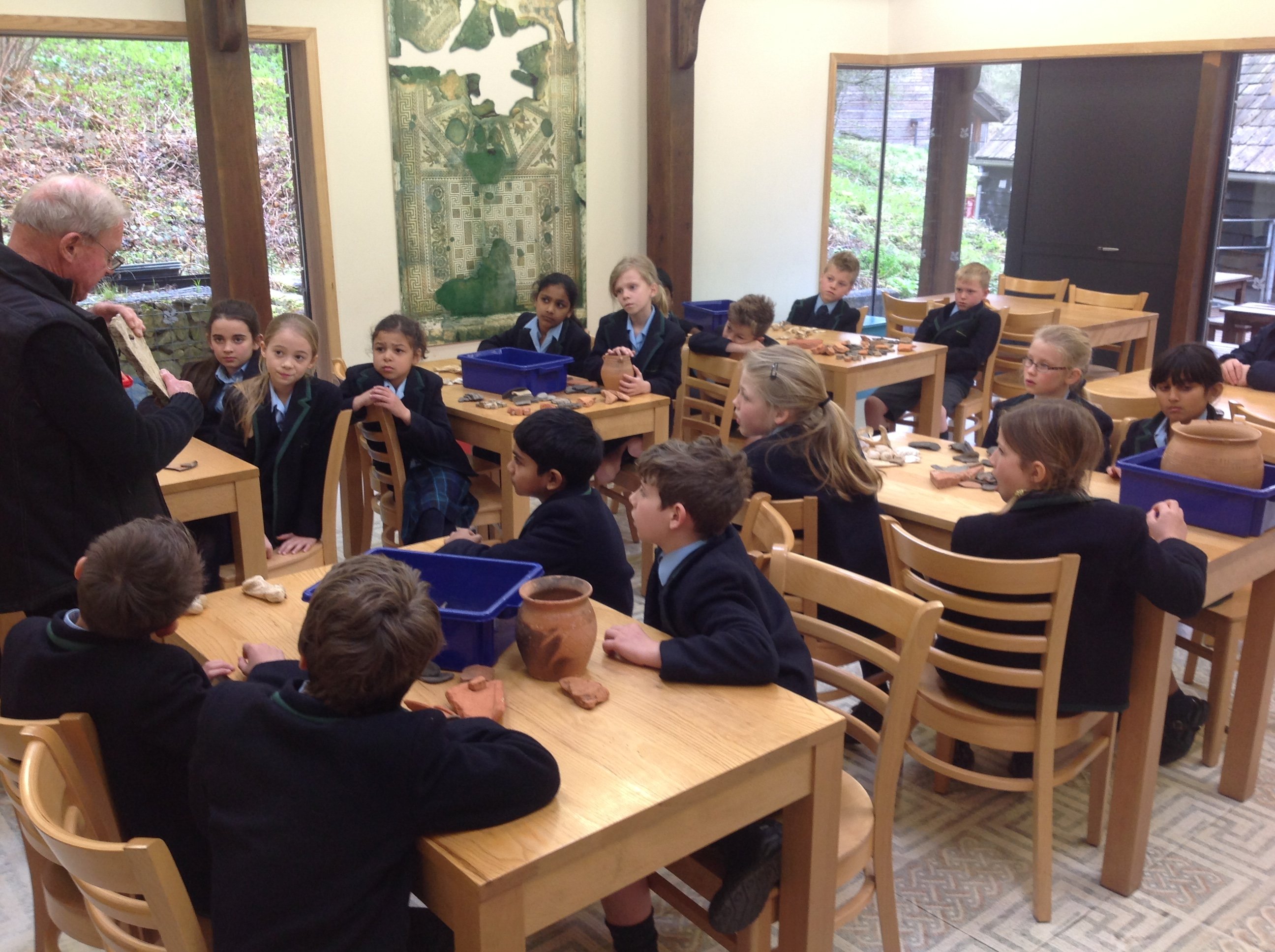 Hands on workshops were also undertaken; the children were given the opportunity to sort through and hold, trays full of genuine Chedworth Roman archaeological finds, including bones, oyster shells, pottery remains and snail shells. The Roman Snail or Helix Pomatia was brought to Britain by the wealthy Roman owners of the villa and was considered a great delicacy at sumptuous banquets. The Roman master chefs would fatten them up before cooking them. Inevitably, a few escaped from death in an oven and colonised the areas around the villa. They are now a protected species in case anyone fancies a starter, ‘Roman Style’! During this workshop, the children were fascinated by the fact that they were actually allowed to handle finds that had been found in the ground, on site, and had been used by ‘real Romans’ over a thousand years ago.
And so to slavery! The next workshop involved dressing up as a Roman slave and making a medicine pouch for their master, containing herbs and spices that would have been used to alleviate the symptoms of colds. These included lavender, black mustard, cumin and coriander seeds. Thanks to Joseph Kington and his Science Fair project, we already know about the interesting properties of cumin and its ability to relieve certain, less attractive human ailments! The ‘slaves’ used a pestle and special knobbly mortar to break down the seeds and release the essential oils. The children were given the choice to use their pouch as a quick ‘pick me up’, smelly trainer refresher or to put in their clothes drawer at home.
After a full day, immersed in all things ‘Roman’ we reboarded the coach and headed home, exhausted, but smelling delightful!