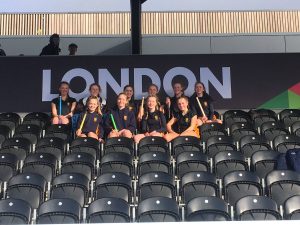 The girls were in high spirits and took each game in their stride, hoping for a positive day. Despite losing the first group game 1-0 to Claires Court School, the girls built on this experience and improved their performance drawing with Finborough School. This led to a winning streak against Radnor House School and St Mary’s School to qualify for the knock out round. 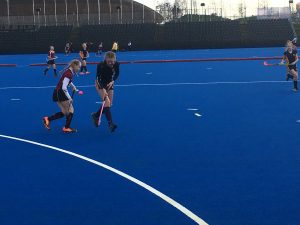 Unfortunately, a loss in the Semi Final meant we played against Radnor House School in a 3rd / 4th place match. Inspired by their surroundings the girls played some of their best hockey of the day, dominating the game, but were unable to score the elusive winner. So the game had to be decided on penalties. Both goalkeepers performed brilliantly and the match ended with a sudden death shootout that led to a 1-0 win for Dodderhill. A great day and a superb experience for the girls who proudly brought their well deserved Bronze medals home!